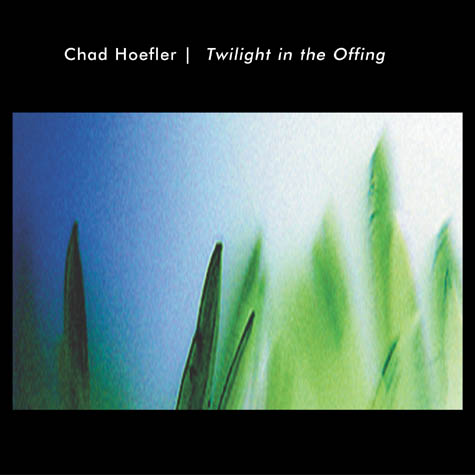 2004. This is the Hypnos debut, and in fact the CD release debut, of an fantastic new ambient music artist. It’s one of those rare, special debuts that immediately designates the artist as important and worth watching. Twilight in the Offing is the work of a mature and experienced artist, with a sonic variety and depth that stand up next to the best of the ambient/space music genre. We’re very proud of this release, and excited to be the first to bring you the work of Chad Hoefler.

As the title of my debut CD, Twilight In The Offing, metaphorically suggests,
this 7 track, 1 hour long CD represents my attempt to sonically capture the
concept of inevitability. I endeavored to use track titles that portray the muse for this work: the inescapable fact that darkness follows dusk (at least in the vast majority of places on this planet), that fall and winter follow summer, and that the expiration of life is the ultimate certainty. Tracks vary widely from one another from deep and dark orchestral soundscapes with tribal percussion to floating sonic surrealism to abstract, pensive
soundworlds. If I had to compare the genre of this work to the genres of other ambient artists, I would say that it belongs to the same family of work represented by the likes of Alio Die, A Produce, Robert Rich, Steve Roach, etc.”

5. in a marooned moment

6. on the eve of plum frost