We intended to end this special introductory price this weekend, but because we neglected to announce the deal to our email list, we’re extending it until tomorrow, March 26. After that, the price goes back up to the usual $14.99 — still a great price for a double-CD in a beautiful package. 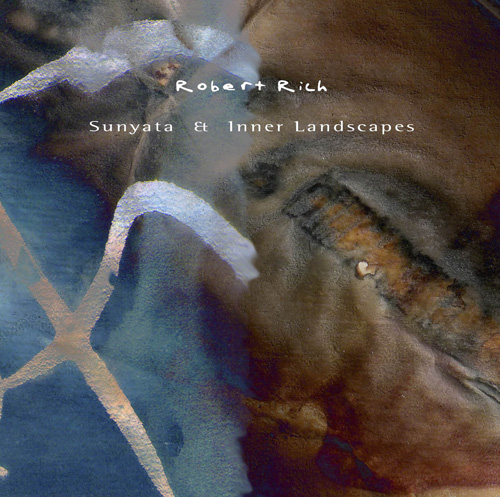 We’re very pleased to make available this archival 2CD digipak reissue of
two of Robert Rich’s earliest albums, Sunyata and Inner Landscapes. Both albums
were originally released on cassette, then issued for the first time on CD
by Hypnos in 1999-2000.

Of this new release, Robert says:
Three decades after the release of my early works “Sunyata” (1982)
and “Inner Landscapes” (1985), we created an archival edition with
the help of Mike Griffin at Hypnos, who sponsored the first CD
re-issues of these albums back in the late 1990s. After those
pressings sold out, we decided to wait before bringing them back,
assuming that the interest in physical media might be diminishing
in favor of downloads. As it happens, people still express interest
in getting a beautiful artistic package holding music that somehow
stays relevant after all these years. “Sunyata & Inner Landscapes”
will be the first of two double CD re-issues with beautiful digipack
artwork and an 8 page booklet, followed in a few months with another
archival edition of “Trances & Drones.” 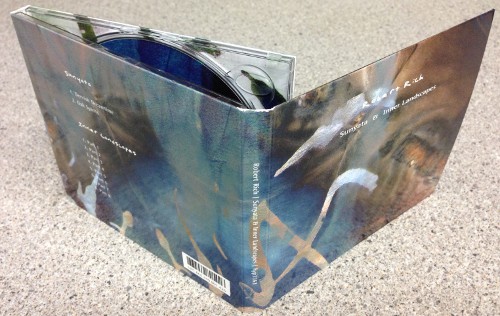 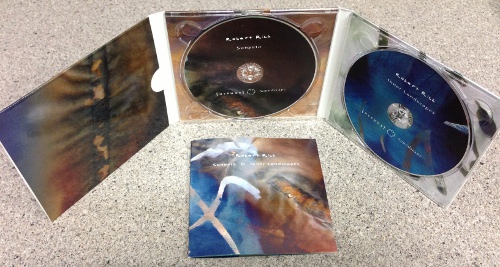 Very busy here, so still haven’t quite finished updating the Sunyata & Inner Landscapes 2CD reissue listing… but have managed to create MP3 sample clips for those who haven’t heard the music.

We’ll have more to say about this very soon, but wanted to make it available right away so those of you eager to get a copy can order ASAP.

As an extra incentive, we’re doing our usual “week one” special price. This double CD is available now for $11.99 — the usual price will be $14.99. Follow the link for additional information, and to see more complete pictures of the package: