Yesterday we featured a different åpne sinn release, thinking we had forgotten to feature it on the Hypnos Store, and only realized this morning that we were all mixed up. This one, the 2nd åpne sinn release, is the new one we’re trying to highlight. 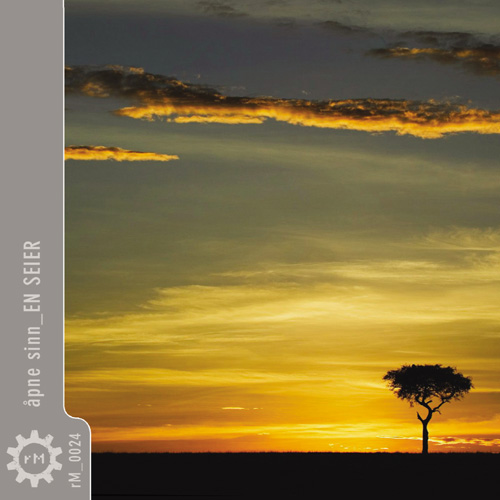 åpne sinn – espiritista (cdr)
(Relaxed Machinery category)
(Price: $9.99 cdr) ‘en seier’ – from the Norwegian meaning “one victory”, this second album holds a much more personal and profound place in my heart than it’s predecessor, ‘espiritista’. The choice of the album’s title is two-fold. Firstly, it refers to the release of ‘espiritista’ in January of 2011. I had given up the thought of one day creating music that others might hear many, many years ago. Coming to know many of the ambient musicians that inspire me – two of whom are featured on this new release – showed me that I could still chase that dream. ‘espiritista’, while somewhat less close to my heart than ‘en seier’ remains one of the great milestones in my life, as it marks the completion of that dream.

Mostly though, I chose ‘en seier’ as the title for this release because the phrase perfectly encapsulates my current philosophy on life. In April of 2006 at the age of 38, I suffered what I off-handedly refer to as a mild heart-attack. 22 years of smoking cigarettes, lousy diet and no exercise caught up with me in a big way and fundamentally shifted my perception. Today, nothing is taken for granted, there are no “givens” and every day that I wake up is One Victory.

“In his second outing, Åpne Sinn (aka Geoff Small) enlists ambient friends Steve Brand and Peter James in pulling together a strong blend of drifting ambient washes that glide across understated tribal touches and skirt the edge of shadow when they’re not simply easing forward with cloud-motion grace.”
–(Review by Hypnagogue)…