Just heard from Mushroom FM internet radio host Scott Lawler that a bunch of Hypnos material will be featured on this week’s program. Scott says:

I’m going to be playing the entirety of the Martian Chronicles on this week’s program as well as tracks from intangible and Urbs. The broadcast will begin at 8 PM eastern on Friday 11/02 http://www.mushroomfm.com/

Our sincere thanks to Scott for helping spread the Hypnos word! You can check out that online show HERE.

Here’s another updated listing for one of our earlier releases, with added information, reviews, and MP3 sample clips. This one’s for Smile on the Void by A Produce. 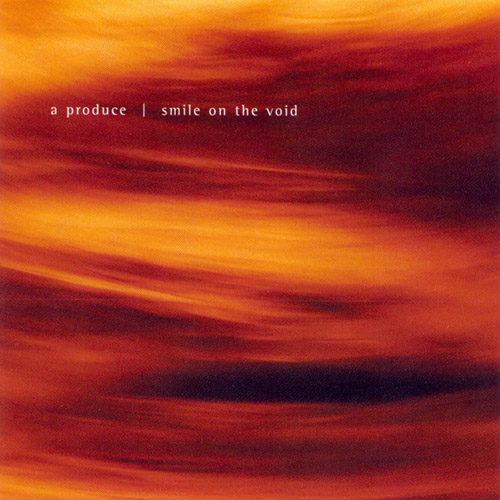 A Produce – Smile On the Void – Informational Listing

Track Listing:
Smile on the Void

I Woke Up Dreaming

We’ve got Intangible by A Produce & Loren Nerell in the pipeline for mp3 download sales. It took several tries to get this to work, probably because the album had already been added to CD Baby for CD sales, but now it’s available for download sales at the link below.

It’s now available at CD Baby and soon will be at iTunes and all the rest. Here’s the link for CD Baby:

Intangible by A Produce & Loren Nerell

We’ve been meaning to post the soniccuriosity.com review of Intangible by A Produce & Loren Nerell… here it is!

“This release from 2011 offers 55 minutes of ethereal ambience. Melodic elements lurk within these harmonic electronic compositions.

Many of the electronics are keyboard generated in contrast to the sustained drone backdrops that ripple like environments of cloud throughout the pieces. The keyboards introduce pacific patterns, often twinkling like luminous fish swimming through a murky medium.

While a certain gentility is pronounced in the majority of the sonics, some sounds possess a subtle density which injects a dramatic flair to the otherwise floating mien. At other times the auralscapes feature heavenly pulsations, drawing attention to a positive radiance from above.

Some pieces feature ethnic percussives; in one case that influence is tempered by winsome flutes, creating a pensive diversity. Other pieces utilize synthetic beats to introduce languid rhythms to the songs. And there are some songs devoid of any tempos altogether.

These compositions are tailored to induce a trance state in the listener, removing them from the heyday of their mortal routines and relegating their consciousness to a region of deceptively intangible (but artfully prevailing) potential. The insertion of melody into the harmonic fabric results in highly engaging tuneage.”
–Reviewed by soniccuriosity.com

Intangible can be purchased for $12.99 direct from Hypnos.

Great review here from the textura.org review site of A Produce and Loren Nerell’s Intangible:

“Intangible explores broader stylistic ground and features tracks that are less meditations than compositions characterized by thematic development and rhythm. Interestingly, it’s also the first time A Produce (Barry Craig) and Loren Nerell have collaborated, despite the fact that both have been releasing music for about a quarter of a century: A Produce has issued ten albums, two of them on Hypnos, while Nerell has released work on Amplexus, Soleilmoon, and Side Effects. Multiple landscapes are evoked in the album’s seven tracks, ranging from the imagined ambiance of a newly discovered planet to the earthy exotica of a humid Middle Eastern setting. The opening title track develops progressively into a stately synth-heavy meditation, with a forlorn demeanour that’s somewhat offset by softly bubbling percussive elements. As if transcribing an exploration into sonic form, “Planet Atmo” conjures a spectral lunarscape of mysterious and enigmatic character that gradually discloses a faint percussive presence beneath its surface. Considerably more earthbound by comparison, “String Theory” grounds itself in a gamelan percussion rhythm and exotic instruments (flutes, hand drums), while “Area 51.1” punctuates a slow-motion driftscape with gently wailing extraterrestrial transmissions to foreboding effect. The album is at its most natural during the closing “Pot Covers at Dawn,” which augments the dense thrum of insects with peaceful, late-night murmurings. Cumulatively, Intangible’s material, equally ethereal and earthy, covers multiple bases in its fifty-five minutes, and Craig and Nerell come across as nothing less than electronic shamans dispensing mystical potions to listeners along the way.”
–Reviewed by textura.orgIntangible can be purchased for $12.99 direct from Hypnos.