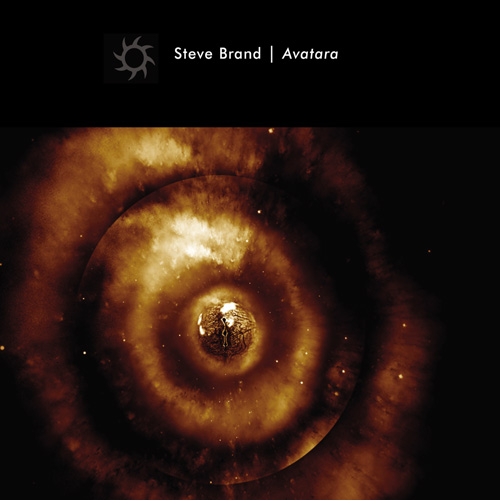 Soon after we received the news of the passing of Barry Craig, also known as A Produce, we also received this very nice review of Barry’s latest CD Intangible, a collaboration between A Produce and Loren Nerell.

NOTE: This review was written on Monday, September 5, 2011 — the day we learned that Barry Craig (A Produce) died unexpectedly at the age of 59. This review is dedicated to Barry and to the musical legacy he leaves behind.

Though A Produce and Loren Nerell have been composing ambient music for years, Intangible is their first collaborative effort. A gentle, bubbly sequence lightly introduces the title track, a superb number that pulls us right in with its silky blend of soothing sounds. It is deceptively simple and eminently listenable. “Planet Atmo” is a more free-floating affair, lighter than air with a gently pulsating undercurrent. Light and dark elements play off each other perfectly. It has distinctly organic and synthetic components to it, a subtle, sublime piece of music. “String Theory” takes things in another direction, with a strong rhythmic, world music feel it, a well-placed change of pace. “Area 51.1” pulls us back firmly into the ambient realm, though a few soft beats remain. The lead sound here is captivating, perhaps a processed sample from a didgeridoo or a drum of some type. “Lost in Transformation” is the darkest, most adventurous piece, churning and gurgling from otherworldly primordial origins. Soft rhythm returns on “Meadow Dust,” courtesy of a djembe or bongo drum, imbued with warm pads and gentle drones. “Pot Covers at Dawn” brings the album to a dreamy, atmospheric close. Each track excels at defining a theme then subtly exploring its nuances without pomp or circumstance. Intangible is a highly cohesive and satisfying listen; a worthy addition to Loren Nerell’s canon, and a fitting finale to the work of A Produce.

We thank Phil and everyone else who embraced and supported Barry’s music. As I mentioned in the tributes on the Hypnos Forum, Barry was very pleased and excited at the positive reception to the new album. 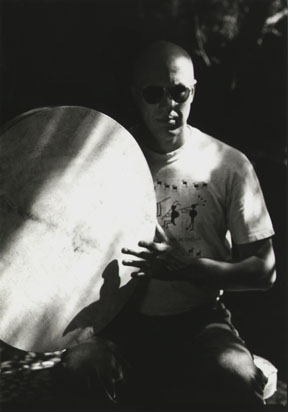 In order to help expose people to INTANGIBLE, the new album by A Produce & Loren Nerell, Loren has created a mix/collage of a variety of tracks from the album, along with sample tracks from each of the two artists’ solo work. That mix or podcast, roughly 80 minutes long, can be streamed free of charge at Soundcloud:
A Produce/Loren Nerell podcast

Intangible seems to be one of our more popular releases of the past several years. If you’d like to pick up a copy you can find it at Amazon.com or buy it direct from Hypnos for $12.99

Our latest Hypnos release, INTANGIBLE by A Produce & Loren Nerell, has been very well received. It’s getting a lot of radio play, including the tough-to-crack Hearts of Space radio show, and we’re starting to receive reviews for this album which indicate the rest of you think it’s fantastic, just like we do. Below, I’ve included both “official” reviews and casual remarks from ordinary listeners on the Hypnos Forum. If you don’t like reading long, in-depth reviews, just skip to the end of this post for some succinct, casual endorsements.

“Part of the pleasure of the collaboration is hearing the unexpected results. Such is the case on Intangible (54’48”), the wonderful CD by A Produce & Loren Nerell. As each track spins out we feel their thrill of discovery. From open empty space into which the hearer will project their own imagination to vivid soundscapes of primeval atmosphere, Intangible manipulates our sense of time and space. There is really quite a bit going on within the seven sound designs of this album. Barry Craig and Loren Nerell manage to capture the mysterious vibe of the electric jungle – a mystical place where synthesizers, samplers and signal processors coexist beautifully with native flutes, ethnic drums and ringing gamelan solos. Each piece offers a distinctive mood – either built on the seeming stillness of shifting drones, lush currents of detailed sound and environmental recordings or the rhythmic energy and repetitive structure of traditional percussion runs.

Intangible delivers realizations of deep-thought ambiance alongside rousing compositions of diverse beats. Exotic more than it is alien, harmonically rich and introspective without being dull, Intangible hopes to transport the listener to an imaginary untouched place between our early history and these technology driven times. Central is the interplay between these two musicians – who complement each other perfectly. This duo has the talent to match their ambitions.”

“Some more musicians who have been around for some time, are Loren Nerell, who had some fine albums of Soleilmoon and Side Effects and A Produce on Hypnos and Trance Port. If Nebulae and Steve Brand are downright ambient with a small tendency towards new age, this collaboration is the one that drifts slightly towards the realms of ambient house. Not as ‘pumping’ or ‘driving’ as some others, but the plinky plonky rhythm elements are surely present, along with small melodies, as opposed to endlessly sustaining material. It reminded of the earlier solowork by these two, but also a fine reminder of the Silent Records catalogue, especially the work of The Heavenly Music Corporation, or the pseudo/quasi ethnic percussion of O Yuki Conjugate in ‘String Theory’. This is where ambient house was at its most ambient and least house related. Great atmospherics going on here, the perfect chill out music, in case anyone knows what that was all about. Great late night music, or very early morning.”

“A Produce and Loren Nerell, two highly respected, in California based, sound explorers in the genre, remained quiet for the last few years. But since summer of 2007 they were sporadically working on new project that firstly ended up as a soundtrack to Bart Santello’s short film “Intangible”. Now, few years later, they are striking with long time awaited collaborative effort “Intangible” on Hypnos. Stunning digipak artwork (art and design by Hypnos’ Mike Griffin) catched immediately my attention, shortly followed by truly exciting sonic landscapes. Yes, Barry Craig and Loren Nerell deliver amazing blend of gentle atmospherics and crispy tribal rhythms, all made in a very distinguished manner showing enormous potential of like-minded musicians who are uniting their talents and styles. The title track “Intangible” opens this show with its delicately crafted warm atmosonics, tranquilly and graciously floating around my ears just like the cover image, wonderful intro!!! “Planet Atmo” fits exactly its title, another beautifully evocative aerial ambience with occasionally raising and falling texture, a true intergalactic voyage at its most captivating level! Earthy and galvanizing power of tribal drumming, tinkling bells, suggestive flutes and strange sounds enrich exotic perfumed “String Theory”. The next cut, “Area 51.1” merges gently deep space drifts with slowed down trance-like rhythm, a very smooth and mesmerizing, crystal clear listening experience, totally magnificent!!! “Lost In Transformation” is slightly more experimental, ghostly and meditative, flavored with singing bowls, voice samples, bells, assorted metallic sounds. A very impressive exploration of deep and mysterious realms! “Meadow Dusk” incorporates again tender tribal drumming blended with peaceful and melancholic floaters, another strongly visualizing composition. The CD ends with hypnotic “Pot Covers At Dawn”, the most naturally sounding piece with occasionally emerging tribal beats. Every piece on “Intangible” is masterful, A Produce and Loren Nerell delivered the best of their masteries. This is one of the best albums so far for 2011, so if you like a truly sophisticated mixture of immersive sound painting with sensitive tribal elements, you can’t go wrong with “Intangible”, it’s highly recommended!”

“I love this recording! I agree with Forrest, my fav cuts are Lost In Transformation and Pot Covers At Dawn. Excellent release all around.”

–David Michuda on the Hypnos Forum

–Eric719 on the Hypnos Forum

“Great album. An “instant classic” in the Hypnos catalog, and probably the best thing I’ve heard this year.”

–Drone On, on the Hypnos Forum

Our thanks to everyone who has purchased and listened to Intangible, whether they’ve reviewed it or not. Remember, if you listen to a CD and enjoy it, you should spread the word to others who may enjoy it as well!