Here’s a review of Herion’s CD Out and About which I failed to post at the time it was received. 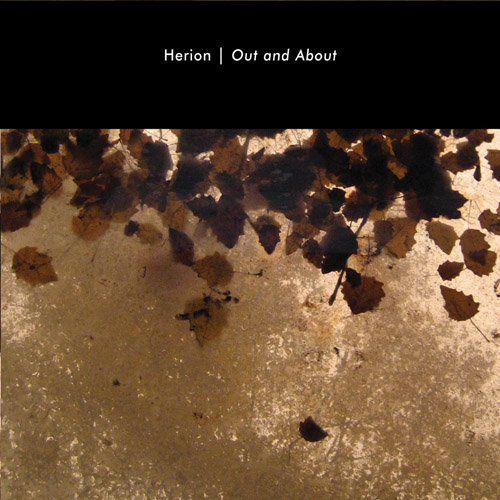 “While surely stringently composed, the music flows freely. The experience is sort of like wandering through a whitewashed gallery with bold abstracts hanging from its walls.

The premiere house for darkish, interstellar, synthesized ambient since the late nineties, American label Hypnos hits an estimable peak with its first digipak release, the debut recording by a trio in which acoustic instruments take the star turns. Down the years, the label has helped new acts make a name for themselves and released some of the best work by respected veterans including Robert Rich, Oöphoi and Vidna Obmana. Herion is a combination of the two – newly-formed as a group, its line-up boasts two well-received young solo artists, Emanuele Errante and Enrico Coniglio, along with pianist Elisa Marzorati. The viola of Piergabriele Mancuso is also prominently featured.

Out and About is rich, uplifting chamber ambient. Laptops and synthesizers are featured in the arsenal mustered by Errante and Coniglio but are used sparingly. The acoustic properties of “Oxg,” “Lindos,” “Cab,” “One Minute After the Sunset,” expand and contract, emanating organic charm and clean, modern design. While surely stringently composed, the music flows freely. The experience is sort of like wandering through a whitewashed gallery with bold abstracts hanging from its walls.

An unfortunate watershed occurs about two-thirds through with a sound collage experiment called “The Hanging Glacier;” happily, it only takes up two and a half minutes of your time. But the three pieces
which follow never seem to recapture the essence of what was making this record special; they seem to have lost their way. Fortunately, the very last impression Out and About makes on you is a restorative
solo piano outing by Marzorati.”